“Unheard Of!” Returns With New Songs from Indigenous Taiwan

In this 8th installment of the Unheard Of! series, ELA continues to promote poetry, song and story-telling in endangered languages from around the world. Tsou, an indigenous language of Taiwan, has less than 2,000 living speakers but is well-known for its ceremonial choral songs. Baitz (Paicu) Niahosa is one of the few Tsou singers writing new music in the language. Applying her classical training to ancient vocal traditions, she creates a totally new kind of Tsou music in the Bel Canto style.

Advance tickets (only $10) are here — some tickets will also be available at the door for $15.

Unheard Of! is an ongoing series presented by ELA highlighting the linguistic and cultural diversity of New York City. 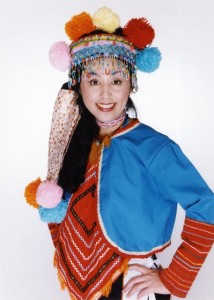