Don’t miss this unique opportunity to hear the Mobilian Trade Language in New York City. The Mobilian Trade Language, sometimes called “Mobilian Jargon,” developed as a language of wider communication among indigenous and settler populations living in the Gulf of Mexico. This spirit of intercultural communication deeply informs GrayHawk’s work and message, and specifically the current project, “Thirteen Moons.”

“Thirteen Moons” is an original musical collaboration featuring New Orleans musician GrayHawk Perkins of the Choctaw and Houma tribes and Mezcal Jazz Unit, a French Jazz quartet. At the heart of this collaboration is a unique collection of chants in the Mobilian trade language. The compositions by GrayHawk, based on traditional songs refer to the thirteen moons of the Native American calendar. Emmanuel de Gouvello, bass player and composer added his own musical universe to the compositions which he arranged using harmonies and rhythms from the world of jazz.

To choose to put these songs at the center of the collaboration between musicians of different cultures and musical backgrounds in a language historically used to break down barriers and foster understanding is a deliberate move to restore and honor the language and the people that used it. The music resulting from this unique collaboration takes the audience by surprise; incorporating the Native American chants into the diverse musical realms of the artists. This project began in June 2012 with a residency in New Orleans and a first series of concerts in Louisiana, followed by a tour in France in February 2013, including a CD recording. 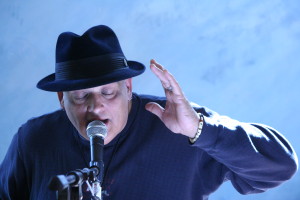 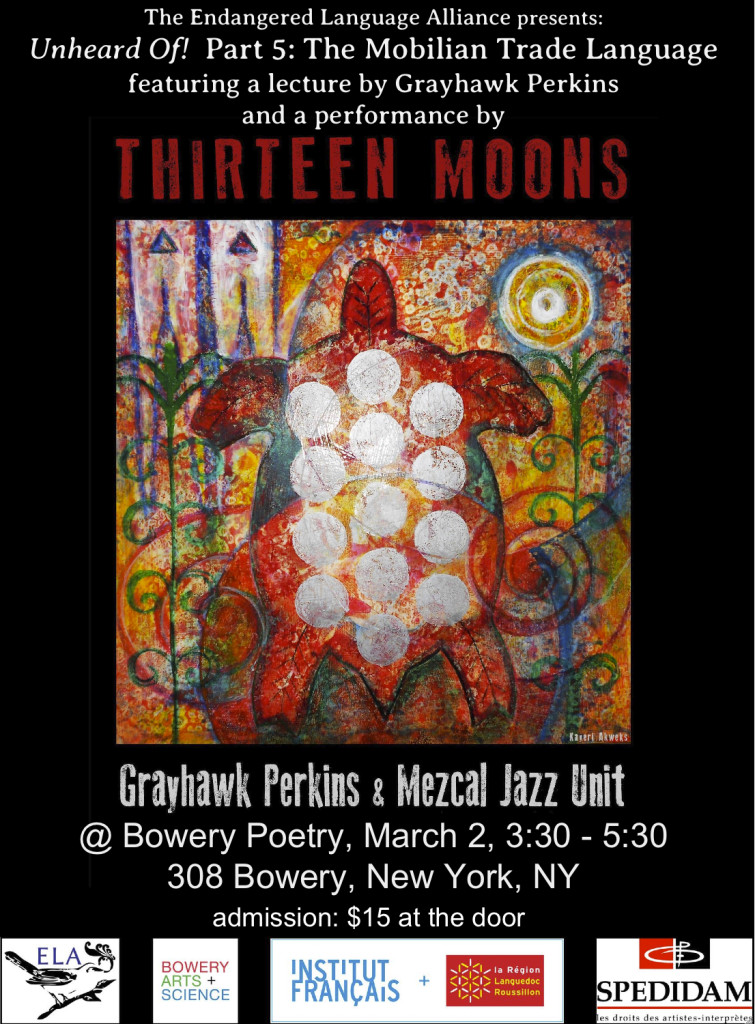