Endangered Languages at the Queens Museum

ELA is collaborating with the Queens Museum, at the center of one of the most linguistically diverse places on earth, on two exhibits and a series of public events. This Saturday June 11, from 2 to 4 pm, “Languages Lost and Found: A Roundtable” will feature writers, translators, linguists and practitioners discussing language endangerment, revitalization and multilingualism in both a local (New York) and global context.

On May 29, ELA hosted its day-long open recording session at the museum, recoriding interviews in Hokkien, Cantonese, Kichwa, Tibetan, Nepali, Mustangi, Tamang, Tashelhiyt, and Southern Zaza, not to mention Spanish and English (about language issues). We talked to devout Buddhists, political refugees, visitors from Malaysia, and a career translator for the NY state supreme court, among others. 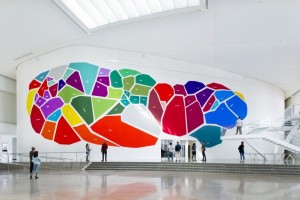