ELA records singing and vocal traditions in endangered languages when possible, often with seasoned performers and artists, and in many cases the individuals and communities we work with have a special interest in recording song.
Loading...

Much of the world’s great vocal music reflects, and is embedded in, its languages. In many cases, song lyrics are still known in communities where the language is no longer used in daily life — music effectively becomes the last carrier of language. ELA records singing and vocal traditions in endangered languages when possible, often with seasoned performers and artists, and in many cases the individuals and communities we work with have a special interest in recording song.

Most recently, with support from the National Endowment of the Arts, we identified and recorded 16 different Himalayan singers singing in 6 different languages and representing a wide range of traditions — a reflection of the remarkable diversity of Himalayan vocal traditions and of the major new Himalayan diaspora center of New York. With each singer, we recorded between two and five songs chosen for their variety and distinctiveness, as well as conducting an in-depth interview including information about each song and about the singer’s personal and artistic background. At least one song from each singer in English and/or Tibetan is subtitled to the greatest extent possible, and all videos are now publicly available.

At the conclusion of the project, we created a free three-hour concert on May 27, 2019 featuring 10 of the singers at a major community venue in Queens. The concert had over 140 attendees, many of them Himalayan elders who sang along and danced to familiar songs and listened rapt to unfamiliar ones. The project testifies to the extraordinary diversity of Himalayan vocal music known and practiced in the United States today. Not only are there still traditionally trained masters from the region able to practice their art, like the “drokpa” (nomad) singer Jampa Youden from western Tibet (above), there are also younger practitioners like Pasang Phuti Sherpa attempting to learn and create new work. 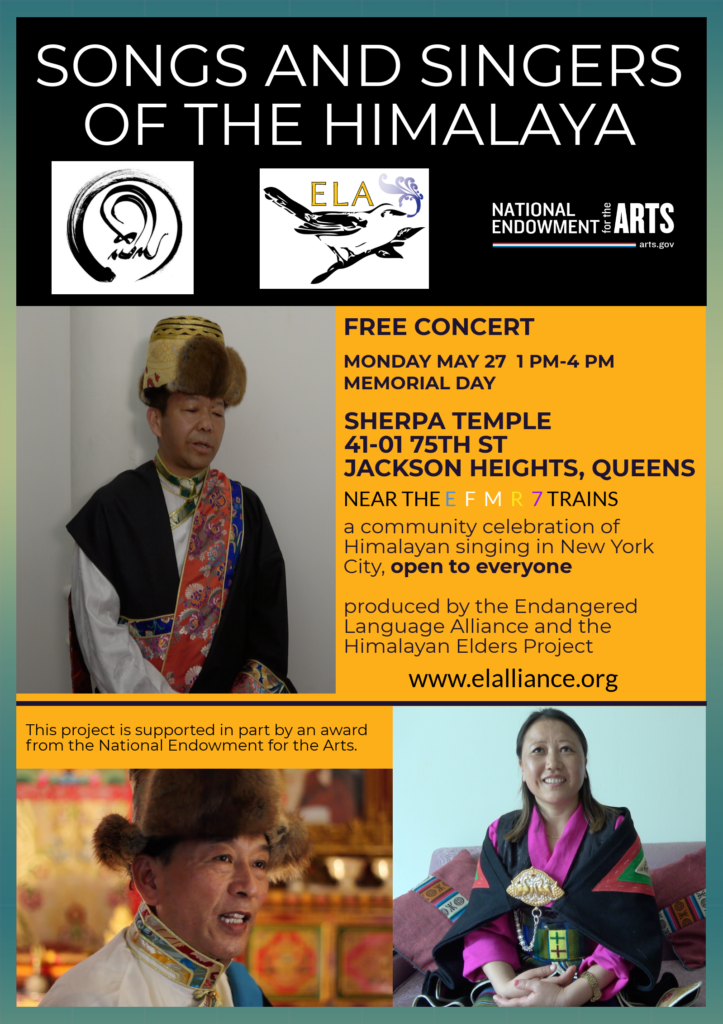 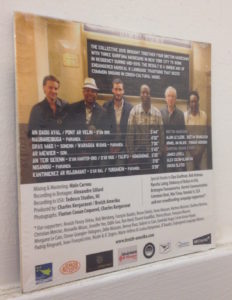 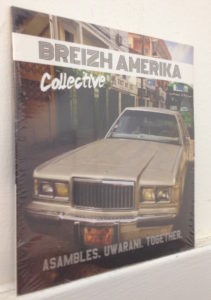 In 2013, ELA helped bring together Breton and Garifuna musicians for a unique collaboration — the Breizh Amerika Collective album “Asambles. Uwarani. Together” was the result. Trust us, you’ve never heard anything like it. Donate $25 to ELA and get a free gift CD, U.S. domestic shipping included, and help support endangered musical cultures in New York and around the world.

Vocal traditions are strong in the Pamir region of Tajikistan, too. Below, listen to a Wakhi a cappella song of longing (known as “bɨlbɨlik”), recorded in Vrang (in the Pamir mountains of Tajikistan), and a special kind of lalajik, or lullaby, only known among the Rushani — a funeral lullaby for one who has passed.